We explore more of St. Martin with visitors from Canada and celebrate Christmas island-style!

We can honestly say that it’s been a great year. Considering we spent more than half of it on the boat, how could it not be? Once upon a time, we thought we’d only live and travel on a sailboat for a year, but at some point last winter we decided we should keep going. We meet so many people who have decided to take up cruising later in life and regret waiting so long. This past year has taught us that there’s no point in waiting until retirement to fulfil your dreams.

The end of last year was busy to say the least. We launched, and the same week our first guests from Ottawa arrived. John and Eleanor are good friends from the Nepean Sailing Club, whom we randomly met one summer while at Pinheys Point, our favourite anchorage on the Ottawa River. We had swum over to their boat just to say hi, they invited us aboard for a drink, and the rest is history. We have passed many a wine-filled evening talking, laughing and singing on their boat, and we even chartered a sailboat in Greece together last year during our Euro tour. An architect and industrial designer, these experienced sailors were the perfect couple to have onboard as we worked out the kinks that invariably rear their ugly heads once your boat is in the water. We were so glad to have them. It was a week of hard work balanced with hard play (it’s the St. Martin way). Highlights included sending Mel up the mast in less-than-calm conditions to troubleshoot an issue with the brand-new foil of our headsail, snorkeling around Rocher Créole, eating at the Lolos (i.e. local creole bbq restaurants) in Grand Case, multiple trips to the chandlery, swimming off the boat, relaxing, lovely French meals in Marigot and testing out all the bakeries to find our favourite (jury is still out-we’re still testing…and re-testing). Yes, being on a French island involves eating a lot of delicious food. It’s a hardship, but someone’s gotta do it.

A week later we put John and Eleanor in a cab and picked up Rachael for more sun, sand and sea adventures. Her first morning on board we even had a dolphin surface just meters from the boat. What an incredible way to start the trip! The rest of the week involved many beach days and happy hours, as well as rest and relaxation on the boat. We repeated our trip to Grand Case from the previous week, snorkeling with needle fish and parrot fish and dining at the lolos. We also sailed to the next bay over, Anse Marcel, where we swam with turtles and had a beach day with Kim and Ritchard from SV Sayonara. Then we sailed to Tintamarre, the small island just to the north-east of St. Martin, and explored the abandoned air field there, walking through the rubble on the beach that had washed up during and after Irma.

Rachael left on the 23rd, leaving us on our own for the holiday season. Being away from our families at Christmas is tough, especially now that we have a grandson. But we have been lucky to meet such great people here on the island, and spent the holidays surrounded by friends. We had a great Christmas Eve out sailing on Mike and Andrea’s catamaran to Happy Bay. Christmas Day was spent on the beach doing a big bbq with friends. For New Years our good friend Adri hosted a fabulous dinner on her boat for a dozen people. People often ask us what our plans are once we leave the island, and we really don’t know. Things are really good at the moment, and we’re really enjoying where we are, so we’re honestly not in a huge hurry to leave. It’s a good exercise in living in the present moment.

On that note, time to get off the computer and enjoy the sunshine. This is S/V Ar Sgrail signing off and wishing you a very happy new year!

Where the wind takes us next: diving adventures as we get our PADI certification! 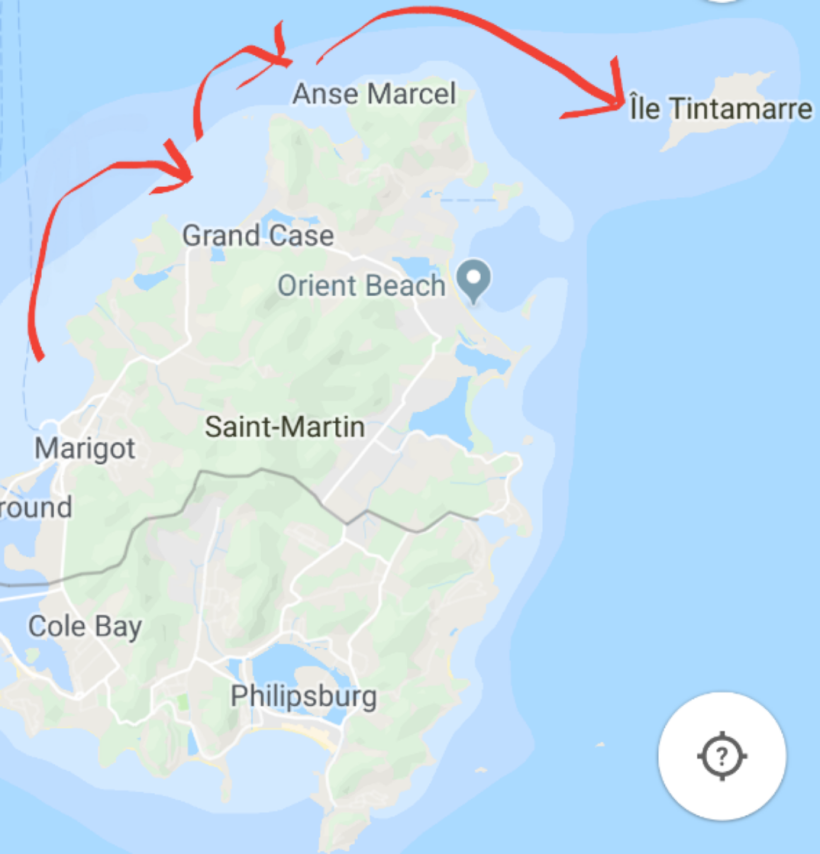 Aerial view of Ar Sgrail from up the mast

Group shot. Thanks for the new swag, J&E! 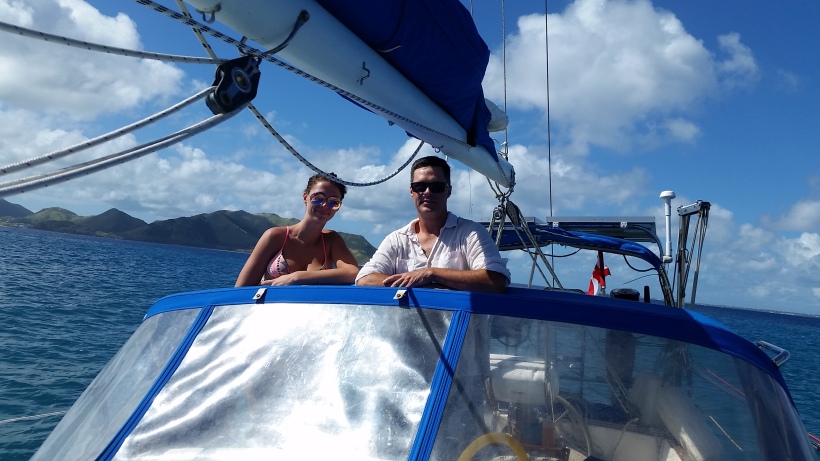 Rachael and David in Tintamarre 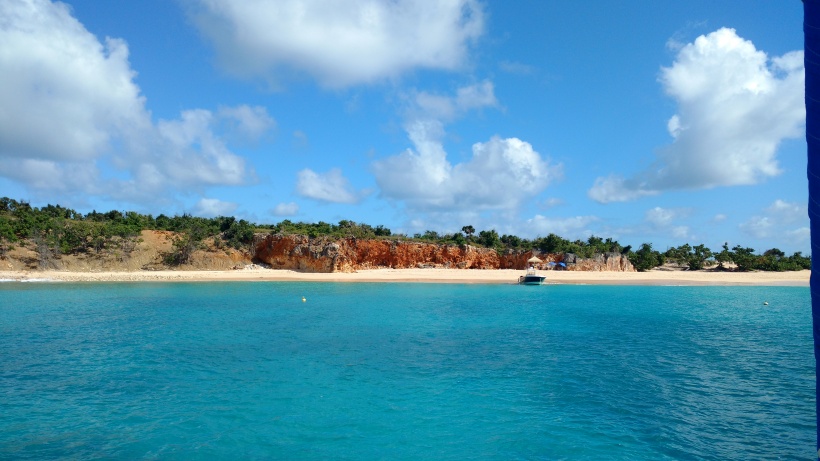 The island of Tintamarre

Captain Rach at the helm

Dave enjoying the sunset cruise back to Grand Case

Rainbow in Marigot Bay (which means rain is coming)

Christmas Eve in Happy Bay aboard Too Canoo (thanks Mike and Andrea!)

Mel watches the sunset during our beach bbq on Christmas Day